Is it beneficial for charities to harass their donors? 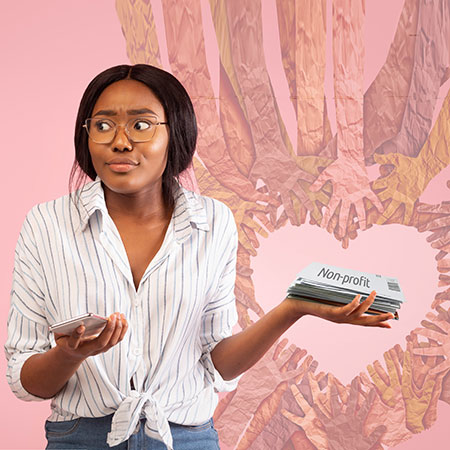 There's a podcast we listen to called "No Stupid Questions." This blog is about one of their podcasts we found interesting about non-profit marketing, so we're summarizing it here.

It asks (and answers) the question "Is It Worth It for Charities to Harass Their Donors?" As we've all experienced, some charities send us lots of emails, and stuff in the mail we didn't ask for. Things like return address stickers and greeting cards (which can't be cheap to print and send). Why do they do this, and does it work?

You might be aware of a non-profit called "Operation Smile" which sends American surgeons to developing countries to perform, free of charge, to perform surgery on kids who have cleft palettes. In 1998, an offshoot of "Operation Smile," called "Smile Train" (who this blog is about), decided it'd be more sustainable to train surgeons in those developing countries – or nearby countries – to do the surgery instead of sending American doctors overseas.

The reason folks give to charities are fairly obvious: it's their altruism to help others. (Other reasons are virtue signaling, social pressure, or a theory called "warm glow altruism.")

How SMILE TRAIN set out to increase donations:

SMILE TRAIN offered 3 options to hundreds of thousands people in one of their mailings:

So this experiment yielded millions of dollars more in donations, as well as securing new donors. And they didn't even have to send out those sheets of return address stickers!

When we get letters in mail from charities with, say a dollar in the letter, compared to non-monetary incentives, how does that affect the response? Turns out, more often people will open a mailer with something in it. But research has shown that it doesn't affect how much they'll donate. So not offering any incentives can be just as effective as offering something.

When you subtract the cost of the giveaway, and potential additional postage, turns out it's cheaper to just send a request for a donation. Of course, your message and imaging need to be spot-on and appeal to your audience's altruistic side. It's not rocket science. Emphasize how a donation affects the lives of people or causes the people receiving the request care about.

As a side note, the best incentive from one non-profit marketing effort (highlighted in the podcast) was one done by a high school. They were selling 12" pieces of duct tape for a dollar. Each piece of duct tape was intended to help tape the principal of that school to the wall. (Not sure exactly what they did to him once he taped to the wall.) Because there was an element of knowing exactly what would happen with your donation, and where the money raised would go, this promotion in particular worked very well.

How to find out if charities sell your information

It's common that websites we sign up with resell our data, but we don't often think that non-profits do that as well. However, many do because it's a source of income, and non-profits, like many organizations, need as much cash flow as possible.

How do you find out if a non-profit is selling your information? Simple. When you fill out your name on a non-profit's form, use their organization's name as you middle name - as a hyphenated first name. For example, for "Outward Bound," John Smith would use his first name as "John Outward," and of course, use his regular last name, Smith.

Then should you ever receive a non-profit marketing email or direct mail piece that your first name is (in this example) "John Outward," you'd know Outward Bound has sold your data. Of course, you can do this with any company you provide your information to.

You can listen to the entire "No Stupid Questions" podcast about non-profit marketing here.